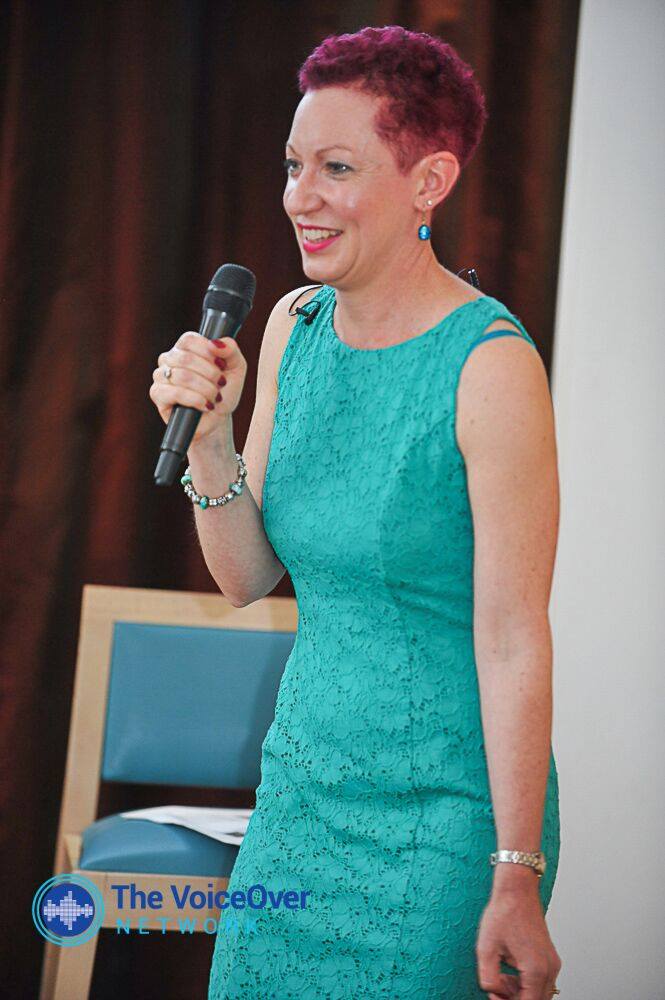 At the start of each year I like to look back over the previous 12 months and see what I’ve achieved. I think it’s easy to lose track of your accomplishments when you’re busy with the day to day business of running a business. I know we should celebrate our ‘wins’ but all to often there are seemingly more important things to do, and it just gets forgotten.

When I started to make a list of the good things that happened in 2019 I was really quite surprised by how much I did! Here are some of the highlights:

Voiceover agency Coda Voice signed me up in February, which led to me being cast for a lovely documentary-style corporate voiceover job for Gemfields. Gemfields is a company that mines rubies and emeralds in an ethical manner and I really enjoyed narrating their videos.

Towards the end of the year I was also signed up by Impressive Talent which is a US agency. I haven’t landed any work through them yet but they’ve sent me some interesting auditions.

Talking of publicity I also did really well at getting articles and interviews in the press. I was interviewed on two local radio stations – BBC Radio Humberside and BBC Radio Lincolnshire, and I pre-recorded an item for the University of Durham student radio station (I studied there many years ago now!). The local newspaper back in my home town of Northampton ran a two page spread about my voiceover career, and just before Christmas I was featured in the Business Works magazine locally, which included some lovely photos of me with my dog!

I wrote an article for The Buzz magazine, which is the only magazine dedicated to the voiceover industry, about how to find funding for a voiceover business, and I was a guest on a webinar hosted by the Voiceover Network (who publish the magazine), to talk about networking as a voiceover artist. On the back of these I was invited to speak at the Voiceover Network’s annual conference about networking and finding funding.  This was a great opportunity as I got to hang out with the other speakers – and some of them were very well known names in the voiceover community. 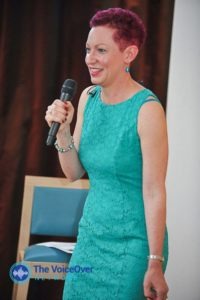 I spoke at another conference too – the first ever full day SWIISH event (Supporting Women in Industry Surrounding the Humber). I talked about the importance of having a great voicemail greeting as it may be the first impression a potential client gets of your business, and it was so well received that I repeated the talk at a number of networking meetings throughout the year.

A conference that I attended but didn’t speak at, was the One Voice conference in London. This was the second year of One Voice which is fast becoming THE event for voiceover artists to attend in the UK. Although I wasn’t speaking, I was working as I was asked to help staff J Michael Collins’ stand. J Michael is a very well known voiceover artist and demo producer (in fact he produced one of my demos), and I was delighted that he asked me to be a brand ambassador for him.

I really enjoy attending conferences – not only can you refresh your skills and learn new ones, but you also get to meet other people doing what you do – and for people who spend most of their lives talking to themselves, this is really important! At both One Voice conferences, in 2018 and 2019 I made some great contacts which has led to work for me. My voice isn’t always what a client is looking for, but I can connect them with colleagues who might be suitable – and my colleagues do this for me too. It’s not about competition – it’s about collaboration 🙂

In May 2019 my new website was launched along with new branding for my business. I love my new look and my tag line ‘easy on the ears’. It took a long time to get my website launch-ready, but it was definitely worth the wait, and I’ve had many more hits on this site than my old one.

In the Spring I took part in an online course called ‘League of List Builders’ which is run by voiceover artist Jonathan Tilley. It was the second time I’d taken this course which is all about marketing and building your business, and is aimed at creative freelancers. I put a lot of effort into the course which led to two things – firstly I won a prize from Jonathan, and secondly I landed some great new clients. Jonathan has now asked me to be an ambassador for his course, so if there are any creative freelancers reading this who would like to grow their business, let me know and I can introduce you to League of List Builders.

I had some great projects in 2019 and one of my favourites was narrating sections of a Second World War PoW’s diary for a podcast, which was absolutely fascinating. Another really fun job was being the voice of a train that was taking children to see Father Christmas at Rand Farm Park. Just before Christmas I visited the farm with my husband to see how they had used my voice and it was magical! We even got to meet the big man himself!

I continued to take training courses throughout 2019 – I think it’s really important to keep your skills up to date. Having taken two group courses in lip-sync and dubbing with the amazing Stephane Cornicard, I am now about to have some one to one training with him. It’s a difficult skill to acquire but a lot of fun and such a thrill when you nail it! I also did some training in commercial voiceover with US coach Nancy Wolfson, and in giving a truthful read with coach Dave Walsh.