Above and BeVOND Voiceover Conference 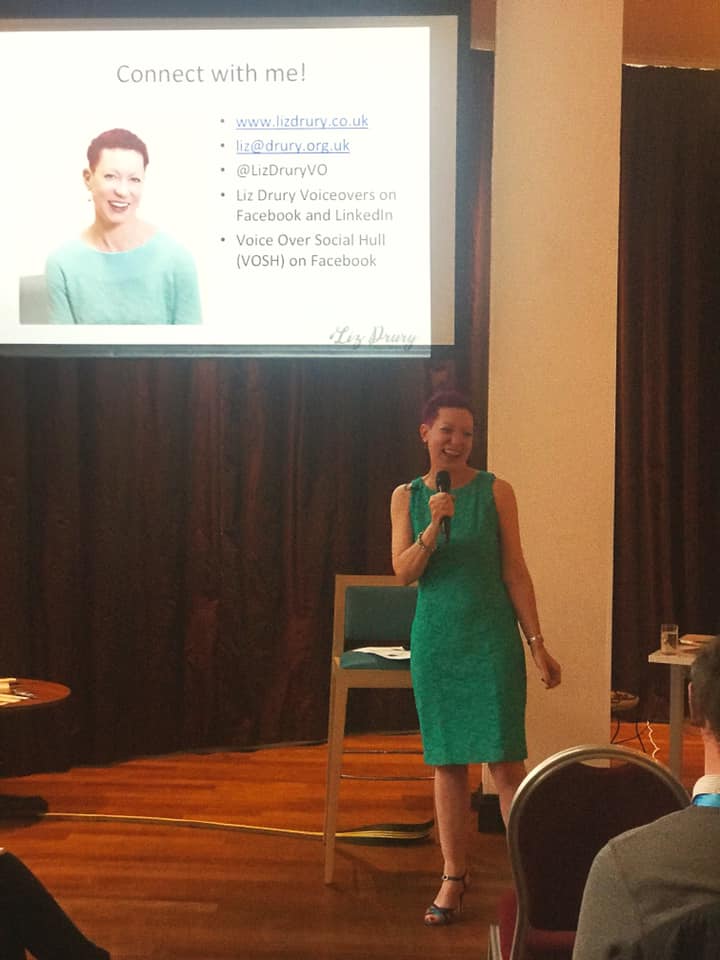 I joined the Voiceover Network after meeting several members at VOAtlanta in 2018. Since then I have attended a number of workshops organised by the network, listened to many of their webinars, and been to the ‘Get Your Game On’ video gaming event earlier this year.

The Voiceover Network is all about supporting and strengthening the voiceover industry, and they are keen to share knowledge among their members to help everyone grow. When the founder of the network Rachael Naylor realised that I was a keen networker, she invited me to be a guest on The Voiceover Hour webinar. I actually talked for a bit more than an hour (!) about the benefits of networking, and what I personally had got out of it. I also covered finding funding for small businesses, as I have successfully applied for a number of grants for my business.

The webinar was a great success. I had lots of lovely feedback from my voiceover peers, and questions too. On the back of this I wrote an article for The Buzz magazine (the only magazine in the world dedicated to the voiceover industry), about finding funding, which again was very well received.

I was absolutely delighted when Rachael asked me if I would be a speaker at the Voiceover Network’s flagship event, the Above and BeVOND conference in London.  What a great accolade, and a wonderful opportunity to be invited to speak to my peers on a subject I love!

Many voiceover artists are actually quite introverted people. They spend their lives behind microphones in tiny studios, shut away from the world, and so the thought of stepping into a room full of business people fills some of them with dread!

I had been allocated a half hour slot, though I probably talked for slightly longer (the whole schedule had gone to pot by that point anyway!), and I had quite a few questions at the end. I’d prepared slides for my talk and I also had pages of notes, but I didn’t bother to refer to them – I found everything was in my head and I could just speak naturally. 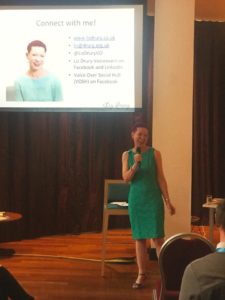 Speaking at Above and BeVOND

Somebody asked me earlier in the day if I was feeling nervous, but I wasn’t really, or at least not after the first minute.  The Voiceover Network is such a supportive group, that I just felt like I was talking to my friends.

Being asked to speak felt like a huge honour. Some of the other speakers that weekend included a casting director from Disney, several London voiceover agents, Lori Alan who is the voice of Bonnie’s Mum in Toy Story and Pearl Krabs in Spongebob, and voiceover artist and branding expert Jonathan Tilley who has a huge following (including me!).  I sat next to Jonathan after my talk and he was full of praise for what I’d had to say.

As a speaker I was able to attend the conference for free, and as an added bonus the speakers all got together the night before the conference started to go out for a meal. What an excellent networking opportunity!