Entering Awards, and How I Got to 10 Downing Street!

Home » Blog » Entering Awards, and How I Got to 10 Downing Street! 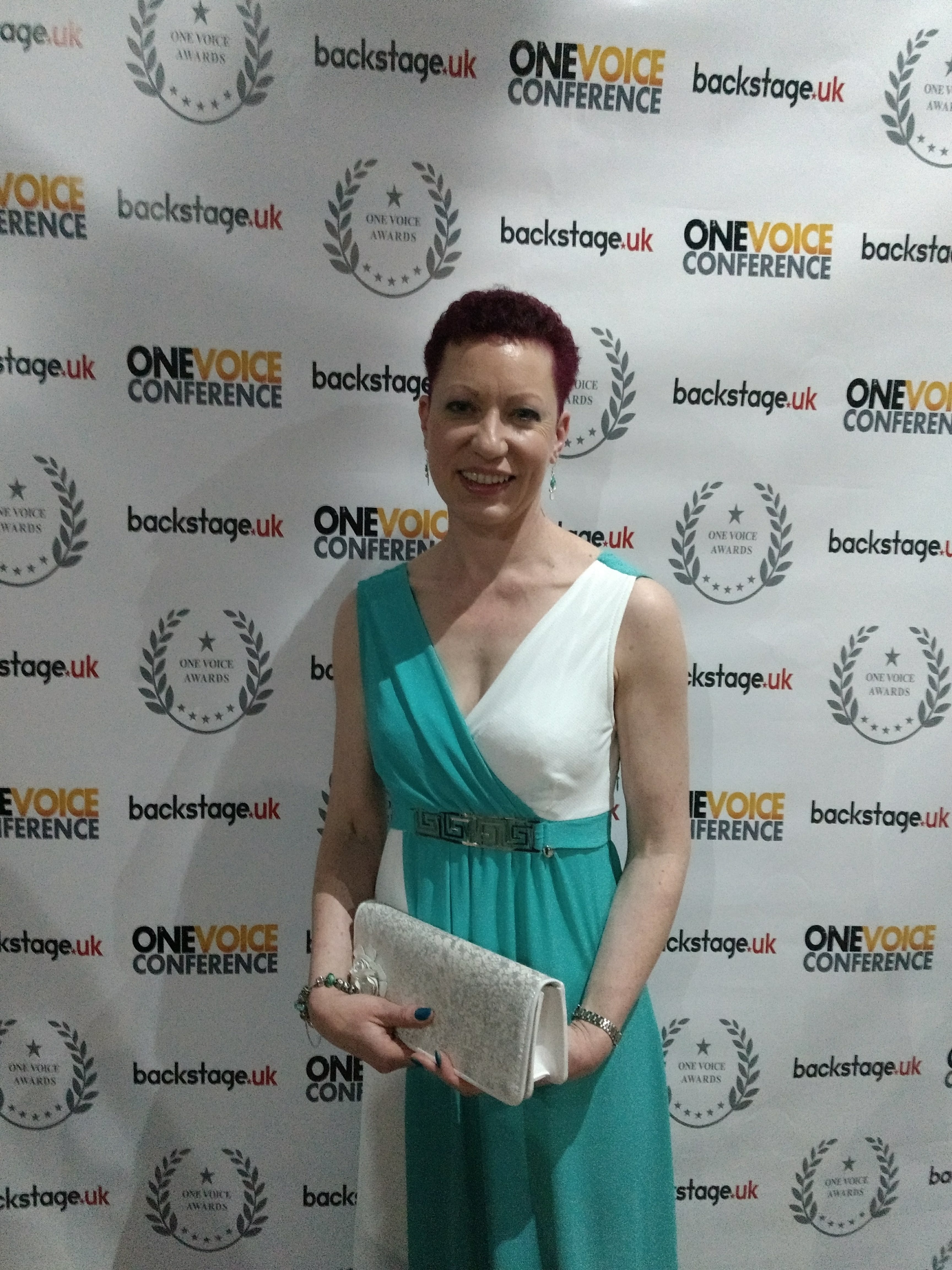 Do you enter awards? I do! I haven’t won many yet, but I’ve been shortlisted a number of times, and actually you get almost as much PR mileage out of being nominated as you do from winning!

The first awards I ever entered was the Northern Lincolnshire Business Awards which are organised by the Hull and Humber Chamber of Commerce. I was shortlisted in the New Business category in 2017 when my business was three years old (the maximum age to be considered new). I went along to the awards ceremony which was a glittering affair with a three course meal and entertainment by West End performers. It was a fabulous night out, and though I didn’t win I had a short video made about my business which was shown to the room (and which I purchased for my website afterwards), my name was in the local paper a couple of times, and I received a very nice certificate for my office wall!

In the same year I entered the Top 100 Small Business Awards which are organised by the team behind Small Business Saturday – and I was selected as one of 2017’s winners. In the 100 days leading up to Small Business Saturday, each of the winning businesses had a day when they were promoted. On my day, the Small Business Saturday bus tour came to Brigg, and so I spent the day in Brigg market place with the bus, and my mobile studio, to show people what I do. The SBS team promoted me on social media all day and I was interviewed for their Facebook feed. I picked up a lot of new followers that day.

The highlight of being a Top 100 Business was being invited to a reception at 10 Downing Street. It was an amazing experience. I’d always wanted to know what lay behind that famous front door and I wasn’t disappointed. I could have spent hours in the stairwell looking at all the portraits of past Prime Ministers, but we were ushered up into the reception rooms. There were deep pile carpets, chandeliers, and windows on to Horse Guard’s Parade, and an oak panelled room with works of art by famous painters. The wine and canapés were distributed generously and the event passed by far too quickly. 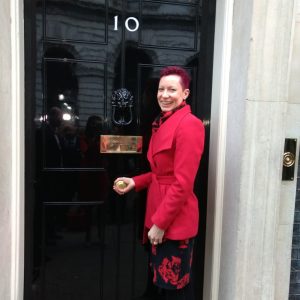 A couple of awards I won without even entering anything were presented to me by Work Wise Women, a ladies networking group I’ve been attending for a few years. The first time it was a Thornton’s chocolate trophy, and the second time it was an actual trophy which sits on my office windowsill. This one was presented for services to the media industry. 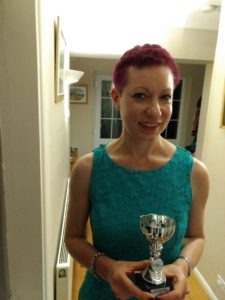 With my Work Wise Women Trophy

In 2018 I entered a few pieces of my work in the One Voice Awards and I was shortlisted in the E-Learning category. Although I didn’t win, I was up against some tough competition and well-established voices, and just to be shortlisted put me in the top 10% of entrants which was very pleasing.

I entered the One Voice Awards again this year, and this time I was short listed in the Live Announcer or ‘Voice of God’ category, for some work I’d done for the Booking dot com annual conference. Again I didn’t win, but competition was even more fierce and a nomination put me in the top 6% of entrants which I felt was still a great achievement. 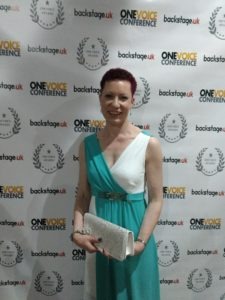 On the One Voice Awards Red Carpet

Earlier this year I entered the Lincolnshire Technology and Innovation Awards and I was nominated for the Micro Business of the Year award. Once again I wasn’t a winner, but at the ceremony I found myself on a table with someone who was interested in what I do. He runs two businesses – Pallet Inc and Rand Farm Park. Since the awards I have recorded the voicemail greeting for PallInc and quoted for a recording for Rand Farm’s Christmas event!

Another local awards I entered this year was the Lincolnshire Media Business Awards. I wasn’t shortlisted this time, but I was listed as ‘one to watch’ for the future, so I think it’ll be worthwhile entering again. I wasn’t sure whether I would get anything out of being ‘one to watch’ but at a business expo I went to the week before the award ceremony, somebody came up to me and congratulated me, so I guess it must have been published somewhere! After the event I was presented with a another very nice certificate for my office wall. 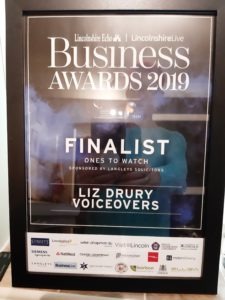 Finally this year I entered the Rural Business Awards, and I was shortlisted in three different categories – best professional service provider, best artisan or creative business, and best media or communications business. I didn’t win any of them, but the event was a great profile raising opportunity as I had an advert in the programme for a very low cost, and I was able to provide fliers for every chair at no cost except the printing. There are 5 regional awards ceremonies and my fliers will be given out at all of them – so it’s a very cost effective way of promoting myself!

I shall keep entering and trying to win awards as they are a great way to raise my profile, and the nominations (and wins) give credibility to my business (and the logos look impressive on my website!).