That was what my 15 year old son said to me when I announced that I’d been shortlisted for a business award. I was pretty pleased with my achievement and his rather derogatory comment took the wind out of my sails somewhat. Now granted I wasn’t running my business full time at that point, but still, he’d seen me working at home, disappearing into my recording studio at all times of the day, so if I wasn’t running a business, what was I doing?!

I asked him about this and he said, ‘but you don’t have any premises’. So, in his mind I needed to be going ‘out’ to work, for it to count. Bear in mind this child is taking Business Studies at school, so really he should know that businesses come in all shapes and sizes, and that a business run from home is still a valid business – but no – a business run by his Mum doesn’t mean anything.

Why are my children so dismissive about what I do? They are never excited by my successes or pleased that I’ve earned enough money to take them on holiday. To them it’s all just ‘stuff Mum does’ – they’re always far more impressed that Dad is a research scientist and that his job took us to live in the USA for a while… My sister’s son is much the same. She runs her own business making fused glass jewellery and ornaments (here’s her Etsy shop) but her son thinks she’s just playing about.

So, I was wondering where’s the line between having a hobby that makes a bit of money, and running a business?

I’ve always run my voiceover business as just that – a business, even when I was only working at it part-time. Most of my clients wouldn’t even have known that I wasn’t full time because I still managed to turn their projects around quickly.

A quick online search showed me that if you intend to make a profit then you’re probably running a business. HMRC allow you to earn up to £1000 in a tax year in ‘trading income‘ so as a very rough rule of thumb if you’re earning more than that from your hobby then you should be looking into whether it actually counts as a business, and whether you should be declaring these earnings.

Even when I first started I earned more than £1000 a year, so I was definitely running a business from day one – and I intended to make a profit!

So, that proves that I DO actually have a business – regardless of what my teenage sons may think. I was a runner up in the business awards that I mentioned at the start, but I was also one of last year’s Top Small Business 100 and this year I’ve been shortlisted for a One Voice Award. This means that not only am I running a valid business, I’m also running a valid VOICEOVER business, and I think I’m just going to ignore what my children think about it from now on 🙂 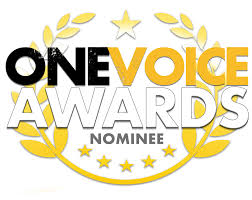