Redundancy: The state of being not, or no longer useful

Home » Blog » Redundancy: The state of being not, or no longer useful 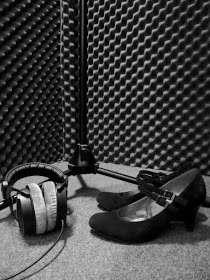 Redundancy: Noun. The state of being not, or no longer needed or useful.

One year ago this week I was made redundant. At the time it seemed to come totally out of the blue, but looking back I can see that there were signs that things were about to change. I was being given less to do, and what I was being given had nothing to do with my skills set.

Being made redundant is never a nice process – you’re left wondering what’s wrong with you and asking yourself why your employer doesn’t want you any more, but for me, those feelings were far surpassed by a feeling of freedom!

I had worked at Franklin college for over 11 years (apart from a couple of years in America with my husband’s job) but since starting my voiceover business it had always been in the back of my mind to leave and pursue my passion full time.

There was never a good time to leave though. I only worked 15 hours a week at the college, so I still had time to work part-time as a voiceover artist, and it was nice to have a guaranteed regular income. I enjoyed working at the college too, I had friends there, and I’d always managed to involve myself in the drama and music departments. Over the years I sang in several incarnations of the college choir, played with the string orchestra and acted in numerous plays and musicals.

When I discovered I was going to be made redundant, it was along with 8 other people. Ten new roles were being created, so effectively there were still jobs for us all, but none of the new roles suited me and I elected to take redundancy. I remember that some of the other people were very stressed – some went out of the room in tears – but the overwhelming feeling I had was ‘great  – now I can do what I really want to do!’

I would never have left without that kick up the backside – my position was too safe.  Ramping up my voiceover business from part time to full time was a scary prospect but I knew I wasn’t starting from scratch and I had something to build on.

A year on I can honestly say that redundancy was the best thing that could have happened to me. My turnover for 2017-18 is more than double what it was last year. I have gained new clients, I’ve made new voiceover demos and I’ve had the time to attend two conferences – including VOAtlanta in America. I was even shortlisted for the One Voice award in e–learning narration which I feel is a massive achievement.

I’ve been investing in my voiceover career lately by taking some one to one coaching with a documentary specialist in the USA (how wonderful is Skype?!). On his recommendation I am now planning to record a new demo in documentary narration to see if I can land some work in this field. I would love to voice nature or historical documentaries for the likes of National Geographic or the History Channel….I would have struggled to find time to take this training while I was working at the college.

The other thing I am now able to do is seek representation from a voiceover talent agent. Whilst I was working for an employer I knew I couldn’t be responsive enough to an agent, and so I never looked for one but I now have the freedom to pursue this. It’s not easy however – I have already approached quite a few and either heard nothing or been rejected. Perhaps a new documentary narration demo will help my cause!

The downside of not going out to work anymore means that I spend a lot of time at home on my own. Working alone requires great discipline, which fortunately I have, but I do need to see other people from time to time! This is where business networking comes into its’ own. I attend a few different meetings and I lead the 4N Grimsby group on alternate Fridays. I enjoy this opportunity to meet other small business owners who understand the entrepreneurial journey – and of course we put business each other’s way when we can.

Although I always enjoyed working at the college and there was never a time where I didn’t want to go to work, Monday mornings were still a bit of a drag. Now however, Monday is my favourite day of the week! I get up raring to go, excited to see what the new week has in store for me.

I still have some way to go before I’m bringing in as much work and as much income as I’d like, but things have definitely moved on in the last year and are moving in the right direction.

I feel fortunate now that I was made redundant. I know not everyone who loses their job has the advantages that I had, or is able to find a new role quickly, and I do sympathise with anyone who finds themselves in that position. However for me, it was a blessing in disguise and even though the income of a freelancer is far from certain, I wouldn’t want to be doing anything else now.