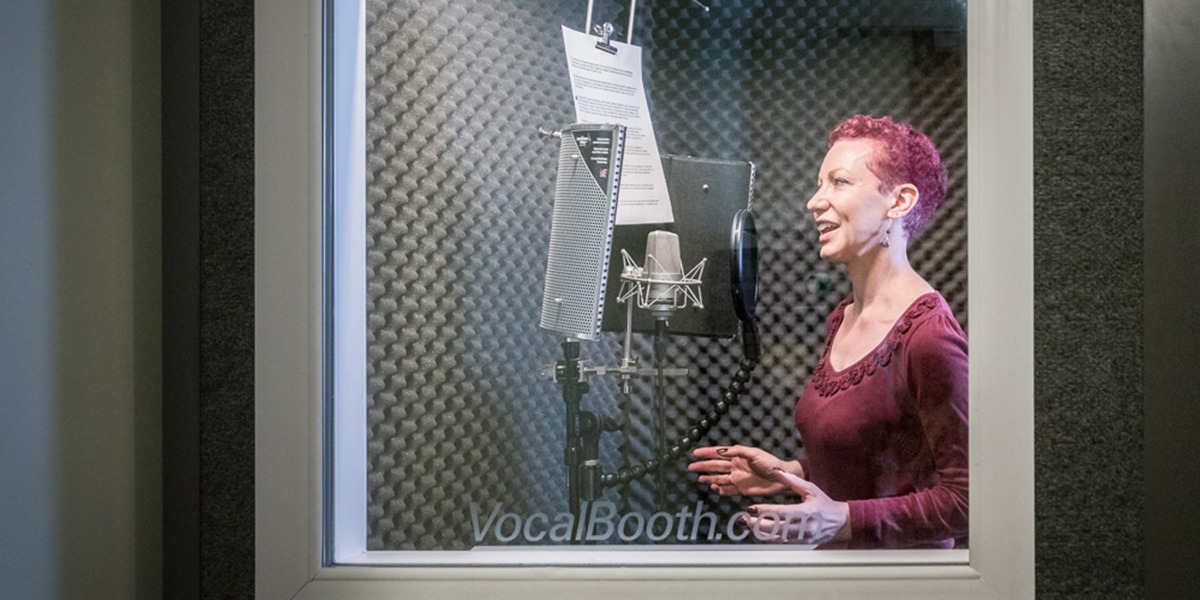 When would-be voiceover artists contact me to ask for advice on how to get into the industry, I always tell them the same thing – start with some training.

It wasn’t quite the way I started – I had actually done some work before I looked for training, but I was lucky – it’s not the norm to get work without at least having a decent demo reel, and I quickly realised that I was going to need this if I was going to get more work.

I was living in America when I started my career, and the training company I went to was Edge Studio. I did lots of research before settling on Edge, and what I really liked about them was the fact that they won’t just train anybody. They assess everyone who comes to them, and they tell them whether it’s worth their time and money to go through the training programme. There are plenty of companies out there who will gladly take your money from you and leave with a voiceover demo that sounds terrible. I was confident that this wouldn’t be the case with Edge.

I spent about 6 months taking online courses and webinars, along with one to one training with Edge’s fantastic coaches. The courses were a mixture of voiceover technique and business related classes (because at the end of the day you’re going to be running a voiceover business). During the six months I recorded my first set of voiceover demos. A demo is essentially a calling card, illustrating your skills as a voiceover artist, so it needs to properly reflect what you can do, and it’s important that you don’t rush into making one. Demos are a relatively expensive investment, so it’s best to have undertaken some training first, so that when you make them, you really know what you’re doing.

At work in my studio

Now that I’m back in the UK, and I’ve been working as a voiceover artist for over 5 years, I am still training. There is always more to learn – and to stay relevant in the voiceover market, you need to keep honing your skills.

There are two voiceover training companies in the UK that I recommend to people. The first is Voiceover Kickstart which is run by the lovely Guy Michaels. He runs a free 4 week online programme which is aimed at people starting out in the industry (although I still found it useful when I’d been working in voiceover for a while – it’s always good to be reminded of the basics). During the four weeks Guy will set you challenges to record and share things with your fellow course members, and encourage you to comment on each other’s recordings. You’ll discover a lot about your voice and how other people hear you which is really useful for working out which sector of the industry you might be most suited to. Once you’ve completed the Voiceover Kickstart programme, Guy has other (paid for) programmes to help you progress.

The second company I like to recommend is Gravy for the Brain (yes it’s an odd name!) which is owned by Hugh Edwards (owner of High Score Productions and a casting director in the gaming industry), and Peter Dickson (the voice of the X-Factor amongst other things). There is a monthly subscription of £39 to be a member of GFTB, which gives you access to a wealth of online courses, a forum where you can get feedback on your work, several training webinars a month (and a library of all the past webinars), plus many other useful resources to help your voiceover career move forward.

Once you have your initial training under your belt, and a set of demos that show off your voice, you’re ready to start looking for work – but it’s important to keep learning. As you progress you’ll find that your voice is more suited to some genres of voiceover than others, and then it might be worth investing in some one to one training with an expert in that field to really hone your skills. Last year I had a series of sessions with Tom Pinto – a seasoned documentary narrator – and I am going to pursue more work in this area.

In voiceover you never stop learning!